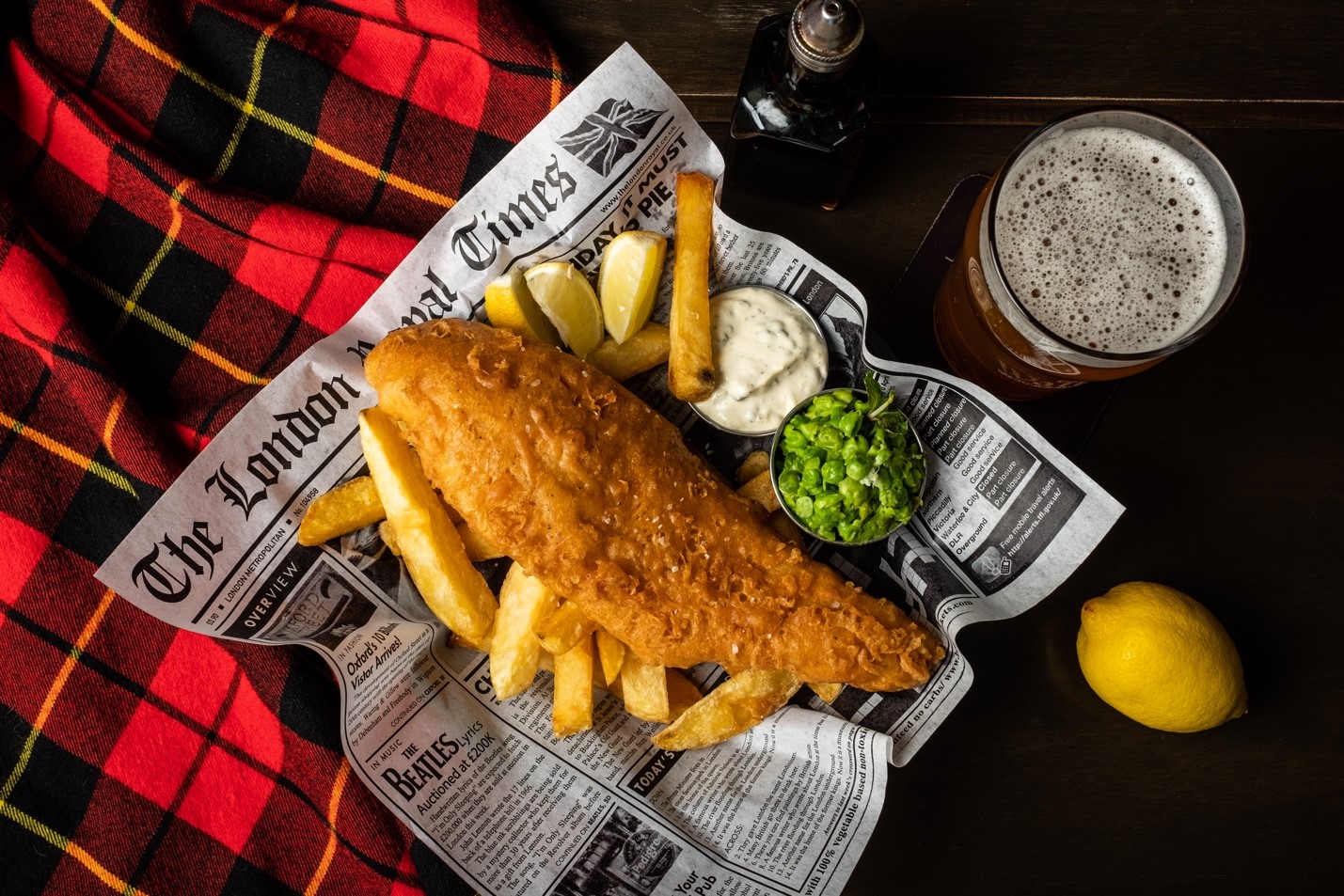 On the former site of the REPROSA Treasures of Panama store, an institute in Panama for over 40 years, the talented son of the famous jewelers opens the doors of the latest family project, The Wallace Pub and Kitchen, as a tribute to his equally famous ancestors. Gorse green walls, red tartan tablecloths, stag heads, and legendary William Wallace paraphernalia come together to create a cozy and friendly atmosphere in this newly opened restaurant in the heart of Panama. Aptly named “The Wallace”, it is the creation of Chef Robert Santomenno Wallace, who honors his clan and family name as well as his love of Scotland, by way of his culinary talents.

This unique restaurant in tropical Panama City offers not just Scottish delights, but British fare in general with locally sourced ingredients and in-house preparations such as their delicious Bangers and Mash with hand crafted sausages and creamy onion gravy; Cottage Pie, a heart-warming staple from the old country; and of course, no British eatery would be complete without Fish & Chips with mushy peas, which gets rave reviews and is fast becoming the restaurant’s signature dish. Don’t forget to try a delicious single malt whisky or a British craft beer with your Whisky Wings or Scotch Egg appetizer and be sure to leave room for Sticky Toffee Pudding with homemade ice cream. Yum.

Says Chef Robert, who hails from a bloodline of Scottish bakers dating back to the early 1800’s, that while he lived in Scotland, his grandfather, also a baker and former mess hall cook in World II, would spend all day Sunday cooking. He believes the warm feeling of that family memory to be one of his inspirations in replicating a place where people can get together for good home cooking in a friendly surroundings- a place where you feel at home.

Judging by The Wallace’s welcoming ambience, the lighthearted banter of the patrons, and the distinct sense of familiarity that you must have been there before, I think he just may have succeeded. “The Wallace” is on the corner of 54th St. and Avenida Samuel Lewis in the Obarrio district. Opening hours are 12pm – 10pm Monday through Thursday, 12pm-11pm Friday and Saturday.